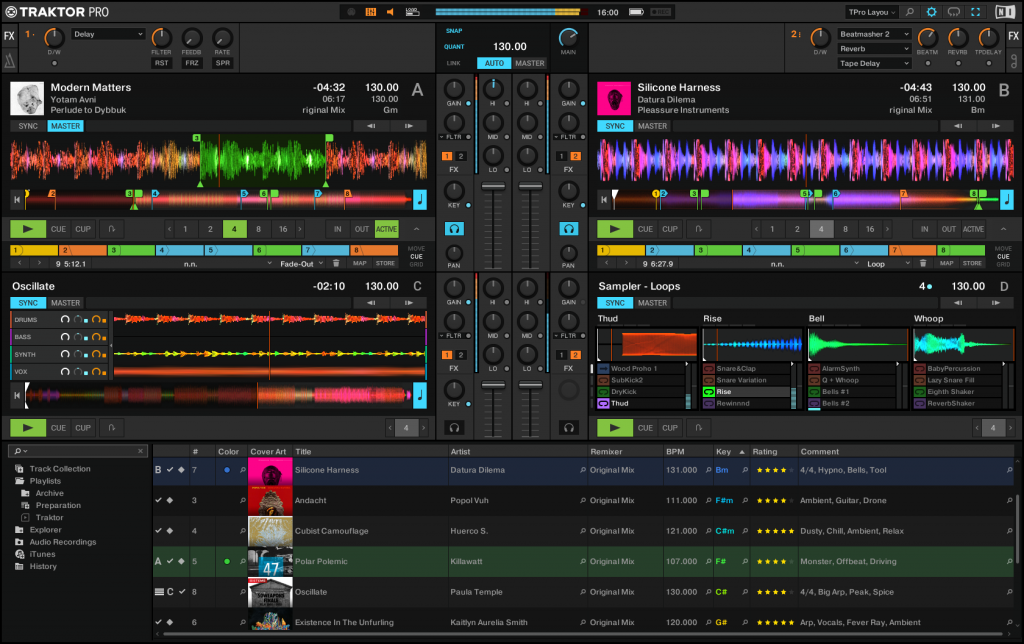 Are the buttons on the new Kontrol S2/S4 MK3 an indication that we are getting closer and closer to an integration between Traktor and Maschine?
I’m not trying to jump in the front of the horses here but let be honest… with the new S2/S4 MK3 looking so much as the new Maschine MK3, something is defiantly in the horizon and could be a way to start introducing the “Maschine World” to DJs that has never took the step forward into Maschine before. 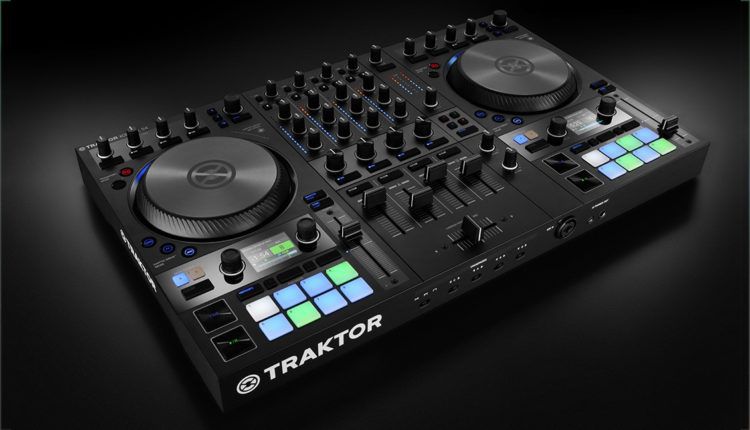 As we all know, Native Instruments has been quiet about Traktor because the main focus of the company “publicly” was fully towards Maschine. And they’ve been doing a good job promoting the Maschine family.
But wait! Now we can clearly see that Traktor was not forgotten at all.
We also know that NI has been collecting important data from Traktor users for the past two years and it looks like they loaded into this new Traktor Pro 3.

The full version of which is included with both new hardware releases, is the most stable version of the software yet, and uses the new Elastique 3 time-stretching engine for noticeable audio improvements. The user interface has been redesigned with a sharper and flatter look for better readability in club environments, while the intuitive workflow, to which many performers have become accustomed, remains intact.

Several brand-new features have also been added: TRAKTOR PRO 3 now includes Mixer FX – one-knob effect and filter controls that can be assigned to each channel independently and used for big buildups and transitions. And DJs using an external mixer can now route unprocessed audio directly from TRAKTOR, thanks to a new mode that bypasses the software’s internal mixer.

There’s a lot more to discover about the all new Traktor Pro 3 and it’s new features and our team here at TraktorProTutorials.com will have new overviews and tutorials about the GUI, effects and much more to keep you guys on pointwith every new feature in the new Traktor so you can explore your creativity with NI’s most powerful tool for DJs… Traktor Pro 3.

Native Instruments has also released 2 brand new controllers, the Kontrol S2 MK3 and Kontrol S2 MK3 full of new and implemented goodies for us such as the new “Motorized Jog Wheels with Haptic Feedback” on both models and I believe this is big for hotcue navigation! 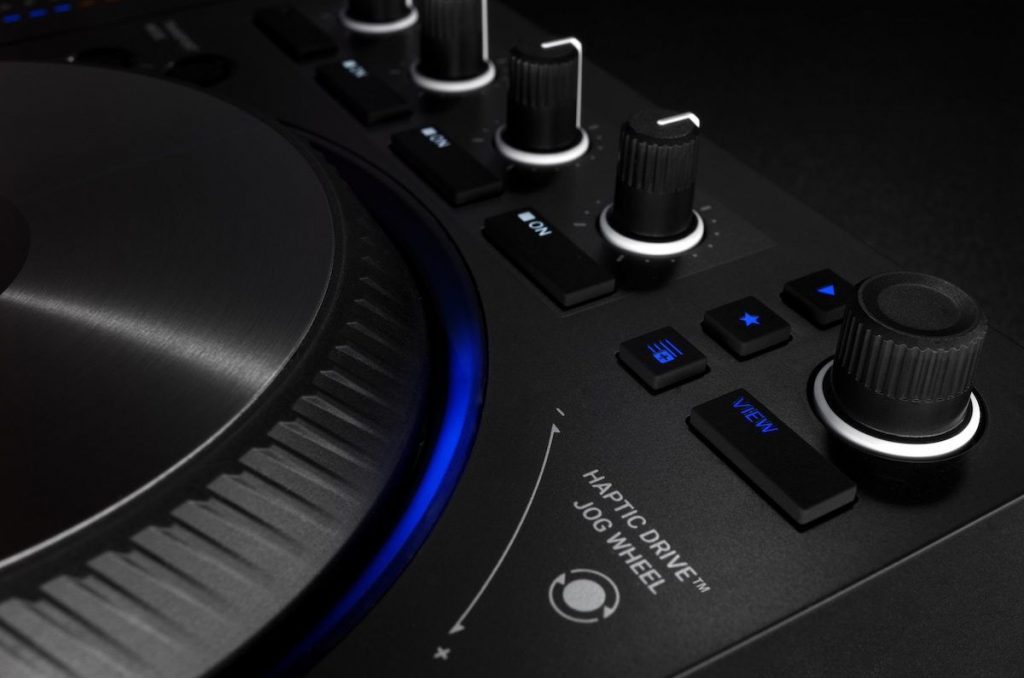 But… what’s Haptic Technology?
Is the same technology you find on your Sony uses in PlayStation’s joysticks, and Apple and Samsung uses on their phones.
So think of an email notification coming in to your phone and you had setup the vibration to go off as a short burst. Now think of that quick vibration, as you touching the new Kontrol S4 MK3 platter and going over a hotcue. Now you will basically have 3 ways to get hotcue info/feedback; using the GUI, the display in the controller and the Haptic feedback on the platter it self (game changer).

There’s much more to cover, but we don’t like to write as much as we like to create awesome intuitive tutorials and soon we will have fresh new material for you guys here on our site.

One last thought: As some said… maybe NI didn’t delivered everything we were all expecting after such a long time without any news in regards to Traktor but they are definitely making a better and more stable Traktor along with some incredible controllers that will give DJs what they need for a good performance and to take their creativity to the next level.

Let’s be honest, everyone starts somewhere. Learning to DJ is genuinely easier to do when using a controller. Not to mention, buying a pair of CDJs and a DJM will run you around $6,000. Starting there is almost impossible unless you have a ridiculous amount of disposable income. So you learned to DJ on a… END_OF_DOCUMENT_TOKEN_TO_BE_REPLACED

Happy Birthday Traktor Pro Tutorials!!!!!! On November 30th, we celebrate 4 years of lots of online tutorials about Traktor. And to celebrate the date, we will be giving away a Brand New Traktor Kontrol D2 to one of our members!!!! (pay members of Traktor Pro Tutorials only) The draw will be on December 17th, 2015… END_OF_DOCUMENT_TOKEN_TO_BE_REPLACED

Native Instruments has announced the newest controller in their all-in-one DJ lineup: the Traktor Kontrol S5. This all-in-one DJ interface eliminates the jogs wheels from the Kontrol S4’s layout and adds in with the future looking screens of the S8. More compact and affordable than the S8, it will give DJs the screens they want… END_OF_DOCUMENT_TOKEN_TO_BE_REPLACED

Native Instruments announced it will be spearheading a movement towards multi-channel audio files aimed at empowering new styles of DJ mixing. While the tools needed to create and playback stem files are being produced for Traktor at first, the format itself is open source and may be supported by other DJ software and hardware in… END_OF_DOCUMENT_TOKEN_TO_BE_REPLACED

Do you think DJ’s are in danger of extinction because of Fake DJ’s? Over the last few years the word “DJ” became fashionable in every corner of the world! Our work is so competitive that now we have to be careful even with those who ask us to take a picture using our headphone in… END_OF_DOCUMENT_TOKEN_TO_BE_REPLACED

Streamlined, Easy to use and Faster than ever! After lots of hard work my friends … I finally finished the transition from the old site to the new layout! There were some weeks of intensive work to get it done before the end of the year … and thanks to some nights of only 4hrs… END_OF_DOCUMENT_TOKEN_TO_BE_REPLACED

Want to win a Native Instruments original T-Shirt for Free? Here is another opportunity! As you all know… for the past 2 months I worked very hard to make a huge update on the site. And now that it’s all done is time to take a break and spend the holidays with some good friends… END_OF_DOCUMENT_TOKEN_TO_BE_REPLACED

Here we go again with another awesome giveaway on our site! This time you could win a brand new Headphones Denon’s DN-HP 500 The Denon’s DN-HP 500 produces impeccably clean and vibrant audio while withstanding the high-volume demands of today’s DJs all in a stylish and affordable package. The DJ headphones feature a ninety-degree swivel… END_OF_DOCUMENT_TOKEN_TO_BE_REPLACED